This article describes how to configure VPN via FortiManager's VPN Manager.

In FortiManager 5.6.0 and later, mixed-mode VPN allows VPNs to be concurrently configured through VPN Manager and on the FortiGate device in Device Manager.

In FortiManager versions prior to 5.6.0, central VPN management must be disabled to configure VPNs in Device Manager.


Solution
On the VPN manager pane, you can configure IPsec VPN settings that you can install on multiple devices. 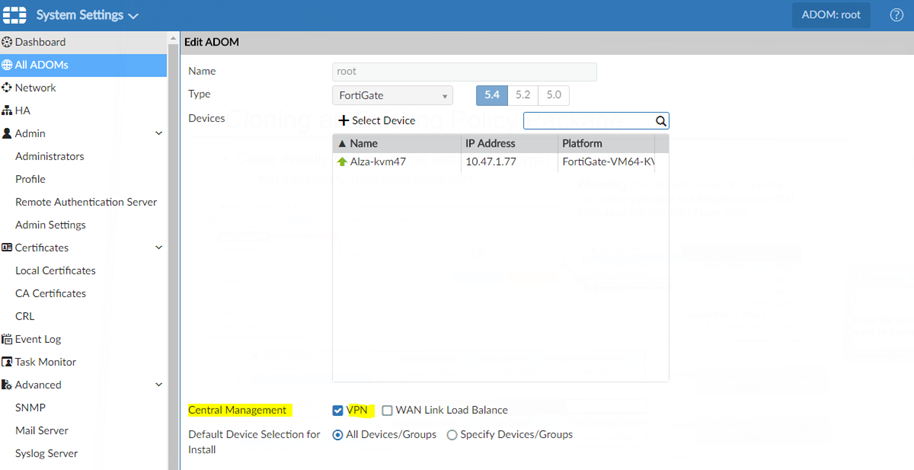 In this example, we create a Star topology with a hub and a spoke: 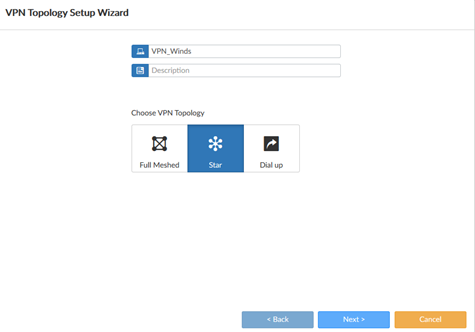 Configure Phase 1 and Phase 2 according to your requirements. 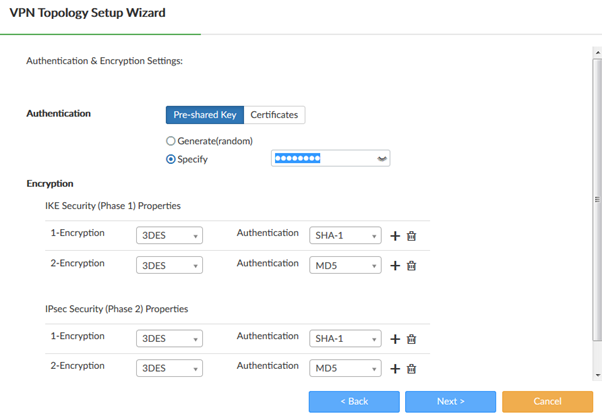 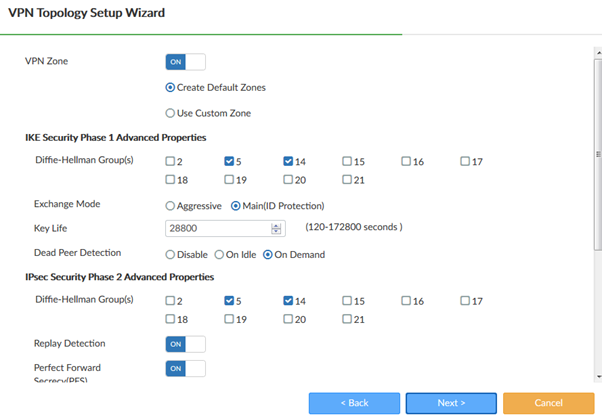 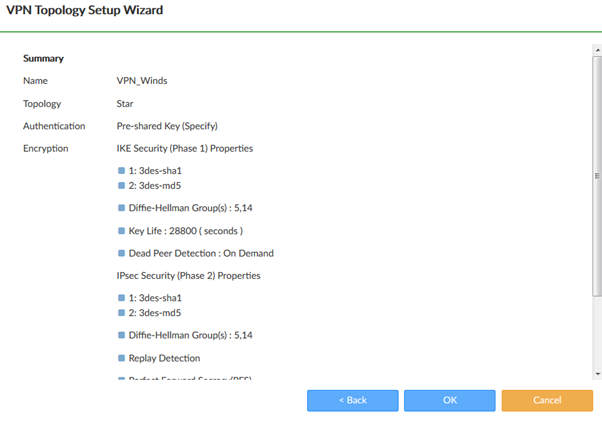 External Gateway is not managed by FortiManager, or managed in another ADOM. 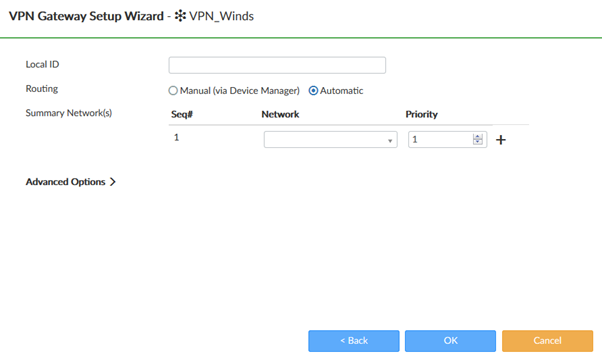