I have a strange issue regarding SSL VPN with full tunnel. I had the problem in 5.4.1, I've downgraded to 5.2.8, the same issue.

When connecting to SSL VPN(just from a single user), the whole traffic for that VDOM went dead, the Fortigate stops responding , the traffic does not work from the SSL VPN,the user however remains connected. It's like the Fortigate is not able to encrypt the traffic, it's like is getting overloaded(sometimes I get several ping responds).

I've configured the SSL VPN hundred times, not once did I have an issue like this one on a hardware box. The config is correct, opened a ticket as well, I had a support guy look at it, and he couldn't believe it. The ticket is still researching after a week. 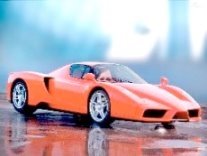 A colleague of mine, experienced a similar issue about two weeks ago. He also had to downgrade and manually update/adapt the config for 5.2.

The most expensive and scarce resource for man is time, paradoxically, it' s infinite.