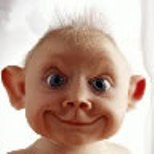 1. We can't find any Firmware for the FAP 223E, only until 223C. So we have no information at all for the preinstalled 5.4 build4137, Release Notes or something else. Is this normal Fortinet behavior to release a new product without any documentation or Firmware or can we install the 5.6.1 even the FAP 223E is not listed as supported model?

2. Authenticating to the FortiWiFi 60E and the configuration was easy as usual and was well working for a few hours, but after 2 days we have huge problems with all connected Windows clients with Win10 or Win7. Some are not able to authenticate to ans SMB server, others can even not authenticate to the AD or it takes 5 minutes until the login is successful. Just opening a browser and going to google.com takes 15 minutes or the page never show up. Pining to and from those computers is always possible with 10ms and more strange, sometimes it's possible to get to a SMB share on a Win2012R2 server, but not to another share on the same server. If we move those devices to the FortiWiFi so they connect directly to the FortiWiFi all problems are gone and everything works normal, same if we use LAN, so it's definitely FortiAP related.

Does anyone already has expiriences with FortiAP 223E or some informations to the installed Firmware FP223E-v5.4-build4137?

1. The specified NPI product is released via 5.4.4 GA Release to customers. Image that you have is the correct one FP223E-v5.4-build4137. The information is mentioned in the Release notes of 5.4.4 FAP-W2.

You can go ahead and install 5.6.1 on FWF60E, it will support managing AP model FAP223E but currently we are yet to release the 5.6 supported GA release build for 2x2 models.

2. Regarding the issues mentioned, we have not encountered such issues, can we have more details about how the AP is connected to FWF & is it Tunnel or Bridge vap etc..

Thx for the quick reply.

We already have 5.6.2 build1486 on the FortiWiFi60E, so far stable and nothing to complain. We are also able to manage the FortiAP 223E within this release, I was just wondering why I was not able to find any FortiAP Firmware where 223E is mentioned as supported model and I would not have searched in the W2 section.

This constellation was working fine for 2 days, then we got reports of the users that they can't reach some SMB shares anymore, everything is getting very slow or some websites are not loading anymore.

We have seen a few "last failure : 14 -- ECHO REQ is missing" with "diag wireless-controller wlac -c wtp" so probably it could be the same problem as mentioned from ggnt in this post?

>>I was just wondering why I was not able to find any FortiAP Firmware where 223E is mentioned as supported model and I would not have searched in the W2 section.

I understand your concern, as 11AC Wave2 AP models were introduced to the supported AP's, we have two Categories one to show all FAP-S models( Wave1 & wave2) & FAP-W2 models portfolio.

Regarding the issue 2, from the logs i see that the issue is probably with ISP delay's due to which the VPN tunnel has delay/connectivity issues which makes it difficult for AP to stay connected, it makes worse due to Tunnel VAP as in when the AP looses connectivity to the AC.

As shown in the post you can try increasing the max-retransmit to 10 or more based on your confidence over the ISP.

Will give the max-retransmit a chance.

Sorry my bad was confused due to statement, "Fortigate 200D has an IPSec VPN tunnel..."

Can you confirm if AP is managed by FWF60E, if so can you do the following.

Move the Tunnel VAP out of Softswitch interface & have a policy between Tunnel VAP & LAN segment or related directions.

Adding a Tunnel VAP into Soft Switch interface will make the VAP into Bridge mode.

So we took out the VAP from the Soft Switch and created an own subnet, same problem. If we shutdown the AP all the clients roam to the FortiWiFi 60E and everything works normal.

It's definitely the FortiAP 60E. I'll open a ticket.

Sure Please update the ticket details, we will look into the issue & revert ASAP.

Is it possible your Servers are behind the FGT200D, Does the AP client Tunneled traffic goes to FGT200D via VPN Tunnel.