I think we' re finally going to upgrade our 60C with 512MB fixed RAM since I can barely use any features in 5.0 FW without memory use spiking. I have to reboot about every two weeks to get memory back under 70%. But before we spend money on a new box, I want to make sure we aren' t going to be in the same position again in six months. We currently have about 35-40 users with possibility of about 50. 2 WAN links load balancing and failover. Running a small handful of Web Filter policies. Can someone tell me the amount of memory in the 90D? Is it replaceable/upgradable? Have looked in data sheets, quick start guides, etc with no luck. Thanks
12497
0 Kudos
Share
Reply
11 REPLIES 11

Options
I remember it' s the same with 60D unit... memory: DDR3-1066 2048MB.. and it' s not replaceable.... but it does support the hierarchical fortiview logging... it' s possible that the internal 32GB disk should be replaced...

Options
Don' t know the price difference between the 90D and the 100D, but if you have that extra cash, I would highly recommend to go with the 100D instead. What you don' t have in any lower-end models is the dedicated FortiASIC CP8 processor to offload UTM tasks from the main CPU and by doing this, having the CPU focusing only on traffic management and filtering. That really makes a big difference in performance and if you are planning for the long term, the 100D makes more sense in such environment with that many users. BTW, the 100D also has a dual core main CPU.
2638
0 Kudos
Share
Reply

Options
Thanks for the responses. We' re probably going to go with the 90D. Around the $1500 range with subscriptions and maintenance vs around $3000 for the 100D. So the 100 is obviously the better box, but for our size and uses probably can' t get that approved for double the price. And with the 90 having a faster processor and 4x the RAM than I have right now, I' ll definitely be in a much better position than I am now.
2638
0 Kudos
Share
Reply 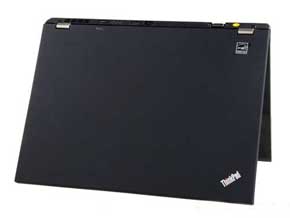 Options
I have a similar conundrum. I have a couple of 60C' s that only have 512 MB of memory. I have stayed on 4.0MR3 because I know moving to 5.0 would cause me memory issues. My service contracts expire in the next couple of months, so it is time to start considering new hardware versus renewing the service contracts. I was thinking the 90D would be my replacement for these units, but now the 70D has been released, which looks identical except it drops the logging. I do all my logging to (the free version) of FortiCloud - do I need the disk for anything? Now the 80D has been released, which has lower firewall performance (but enough for my needs as head office WAN link is presently 100 Mbps, and other offices are far less), but much higher UTM throughput (I use web filter, AV filter, limited IPS). But there are only 4 ports on the unit. At the one office, I have 3xWAN and then an VLAN' ed uplink from the switch stack. That leaves no extra ports for any expansion, HA, etc. User count at the one location is about 30 max, and 7 at the other. I have fully meshed IPSec VPNs between three sites though, plus one Azure site. I am looking at adding another Azure data centre, and 1-2 more office locations in the next year or two, so IPSec and routing performance is a key requirement for me. Any thoughts are appreciated.
2638
0 Kudos
Share
Reply

Options
For the battle 70D vs 90D, Is you don' t need to do caching or wan opt, the 70D is OK. If you have a lot of VPN IPSEC, the 90D will be better than the 80D because 90(or70D) has a NP and CP version lite. So the perf is much better. If you take a 80D, the performence should be decrease if you do AV, IPS, webfilter and IPSEC. All depend of your internet use (and inspcetion mode for UTM) : if you do a lot a web surf and a little IPSEC : 80D. if you do a lot of IPSEC and a little web surf : 90D (or 70D) if you do a lot of IPSEc and lot of websurf : 100D The best things should be ask to your fortinet partner. Normally, he should be able to define the best product
2638
0 Kudos
Share
Reply

Now the 80D has been released, which has lower firewall performance (but enough for my needs as head office WAN link is presently 100 Mbps, and other offices are far less), but much higher UTM throughput (I use web filter, AV filter, limited IPS). But there are only 4 ports on the unit. At the one office, I have 3xWAN and then an VLAN' ed uplink from the switch stack. That leaves no extra ports for any expansion, HA, etc.

You can do a VLAN for each WAN connection and use only one port physical port for WAN.
2638
0 Kudos
Share
Reply

Options
Please try a " get hardware memory" command. I' m experiencing high RAM usage and it seems that there is a lot of it (more than 1 GB) used by cached that seems not to be cleaned up.
2638
0 Kudos
Share
Reply